U.S. Paralympics, announced the 10 athletes to compete at the 2019 World Para Athletics Marathon Championships. The roster includes five men and five women and features a range of experience and talent, including 16-time world champion Tatyana McFadden and first-time world championship team member Katrina Gerhard. The event will be held on April 28 in London, in association with the Virgin Money London Marathon.

“We have one of the most competitive wheelchair racing teams in the world with a different athlete competing for the top of the podium at any major marathon,” said Cathrine Erickson, director of U.S. Paralympics Track & Field. “All of our athletes have been competing year-round on the marathon circuit and we’ve had a few athletes emerge as strong contenders for world titles, including one of our youngest competitors Daniel Romanchuk. London is a perfect host for this year’s world championships, and I am so excited to see the hard work of the athletes and coaches pay off at this event.”

The roster of athletes selected to represent Team USA is as follows: 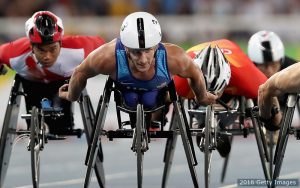 George is a four-time Paralympian, amassing five medals – one gold, one silver and three bronzes – across a decade of Paralympic competition at the highest level. George has won the Chicago, Los Angeles, Twin Cities and London marathons, with a total of eight wins, and is a member of the 2019 Boston Marathon U.S. Elite Team with 11 finishes at the event. He is a six-time world champion and returns to London after winning the gold in the marathon four years ago when London last hosted the event in 2015. 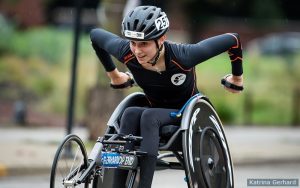 A member of the 2017 U.S. Paralympic Track & Field National team, Gerhard was named a U.S. Paralympic Track & Field High School All-American across two consecutive years in 2014 and 2015. Gerhard currently attends the University of Illinois at Urbana-Champaign, where she is a member of the wheelchair racing team. She has competed in the Boston and London marathons and is a member of the 2019 Boston Marathon U.S. Elite Team after winning the 2018 Boston Athletic Association 10K and placing ninth at the 2017 Boston Marathon. 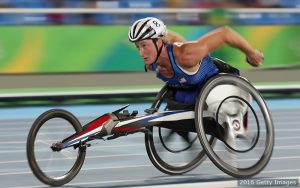 A five-time Paralympian, McFadden has won 20 world championship medals across her career and is the first woman to earn six individual world titles at a single World Para Athletics event. McFadden is also the first athlete to win four consecutive wheelchair marathon grand slams, winning Boston, London, Chicago and New York in 2013, 2014, 2015 and 2016. Her most recent world championship wins came in 2017 when she won the 200m, 400m, 800m and 1500m. She is also a five-time winner of the Boston and New York Marathons, and an eight-time winner of the Chicago Marathon. 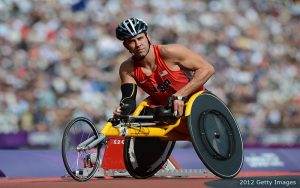 Both a winter and summer sport athlete, Pike is competing at the 2019 World Para-Nordic Skiing Championships in Prince George, British Columbia, through Sunday. He has made two trips each to the summer and winter Paralympic Games and finished fourth in the New York Marathon this past fall. A member of the 2019 Boston Marathon U.S. Elite Team, Pike is skipping the last Nordic world cup event of the season in order to compete in the New York City Half-Marathon, the Boston Marathon and the marathon world championships. 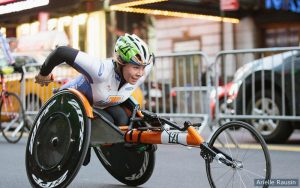 A graduate of the University of Illinois Urbana-Champaign, Rausin has competed at the Boston Marathon five times, logging a career-best fifth place finish last year. She is a member of the 2019 Boston Marathon U.S. Elite Team and balances training with running her own company that uses 3D printers to make wheelchair racing gloves for athletes. 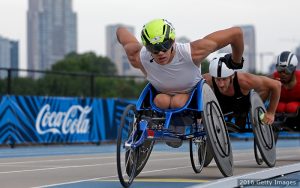 2018 was a big year for Romanchuk, as the 20-year old won the New York City and Chicago Marathons just a few weeks apart from each other. Romanchuk became the first U.S. man to win in New York in the 18 years of the men’s wheelchair event and was also the youngest. He is a member of the 2019 Boston Marathon U.S. Elite Team after finishing third last year and holds world records in the 800-meter and 5,000. 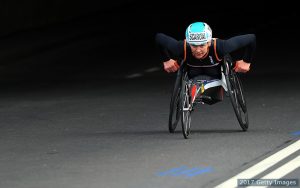 A two-time Paralympian, Scaroni competed in London in 2015, and is a three-time marathon winner, claiming the 2013 Los Angeles Marathon title and the Twin Cities Marathon titles in 2013 and 2014. She has had a fruitful 2018, with runner-up finishes at the Boston Marathon, BMW Marathon and United Airlines NYC Half Marathon, as well as wins at the AJC Peachtree Road Race and the first-ever wheelchair division of the New York Road Runners New York Mini 10K. She earned a seventh-place finish at the Rio 2016 Paralympic marathon. 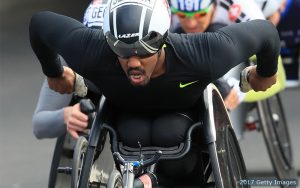 Senbeta, who competed at the Paralympic Games in Rio in three events, has competed in the Boston Marathon every year since 2013 and is a member of the 2019 Boston Marathon U.S. Elite Team. He is a two-time winner of the Cooper River Bridge Run in Mount Pleasant, South Carolina, claiming the title in 2016 and 2017. Senbeta also won Grandma’s Marathon in 2014 and competed for the U.S. at the 2015 IPC Athletics World Championships in Doha. 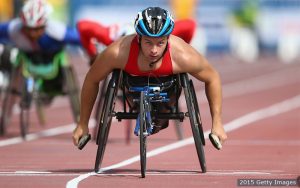 Siemann has competed at the past four world championships, as well as the Paralympic Games in 2012 and 2016. Siemann placed fifth in the 800 during the most recent world championships in 2017, and just missed the podium in Rio, finishing fourth in the 800. He earned three wins at the Desert Challenge Games in the T53 100, 800 and 5,000. 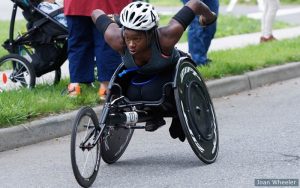 The 2018 Los Angeles Marathon winner, Wheeler splits her time being a full-time mom, student and professional wheelchair racer. Wheeler also finished first at the Fifth Third River Bank 25K in 2018, fifth at the Oita International Wheelchair Marathon and tenth at the New York City Marathon. She is also a member of the 2019 Boston Marathon U.S. Elite Team.

Adam Bleakney will be coaching the U.S. athletes competing in London. The 2019 marathon world championships will be the first opportunity for athletes to earn qualification slots for their National Paralympic Committees for the Paralympic Games Tokyo 2020. The top-four ranked athletes in each medal event will obtain one slot for their respective country. The 2019 Marathon World Championships will feature five different medal events: men’s and women’s T12, men’s T46, and men’s and women’s T54.