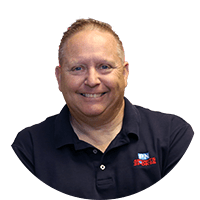 Tom was the third editor-in-chief for SPORTS ’N SPOKES and led the magazine in the philosophy of S’NS founding editor, Cliff Crase.

Tom joined the Paralyzed Veterans of America (PVA) in 1990, shortly after sustaining a spinal-cord injury while on active duty serving in the U.S. Navy.

Tom went on to serve as the first president of the PVA Minnesota chapter, and was on the PVA National Board of Directors for more than 20 years, taking on roles as the national vice president and national senior vice president before joining SPORTS `N SPOKES in 2014 as deputy editor.

Tom also acquired professional accreditations in parliamentary law. He put all of those skills and his historical knowledge to use when he assumed the role of editor-in-chief in 2017.

In 2020, SPORTS ’N SPOKES stopped offering a print version of the magazine, however, it was always Tom’s wish to return to producing the print version of S’NS, and throughout his illness he worked diligently to make that happen.

The January 2023 SPORTS ’N SPOKES will be the first run of a print issue since 2020 and while he won’t be here to see the return run of S’NS, Tom’s legacy will continue to live on in the pages of SPORTS ’N SPOKES.

Favorite wheelchair sport: Handcycling, because I used to race bicycles in Europe while serving in the Navy, and it allows me to continue enjoying something that was very important to me.

Why he loved SPORTS `N SPOKES:

The thrill of bringing new and exciting information to the PVA membership. The historical importance the magazine has played in the lives of veterans and others with spinal-cord injury and disease since PVA’s inception in 1946. 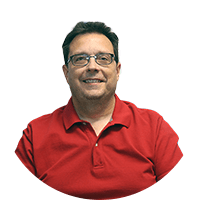 Andy Nemann came to PVA Publications in 2011 after more than six years as an editor with the Gannett Magazine Group where he helped manage two national magazines and a trio of Florida travel publications. The Cincinnati native earned a BA in journalism from Northern Kentucky University and has more than 30 years of journalism experience, including writing for a national newswire and managing custom publishing projects for clients such as the National Collegiate Athletic Association (NCAA), the Western Athletic Conference and the University of Arizona.

Favorite wheelchair sport: Track and field. I like the simplicity of the competition such as who is the fastest or who can throw the longest, plus I was on the track team in high school.

Why he loves SPORTS `N SPOKES: The ability to be creative and having a job with a purpose of providing information to veterans and others with spinal-cord injury and disease. 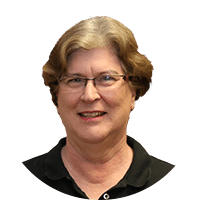 Sherri Shea has been with SPORTS `N SPOKES for 40 years. She started working the front desk in 1978 when the office moved to Phoenix under Editor Cliff Crase. Ever since, Sherri has done almost every job in the office, including marketing, advertising, circulation and accounting. To this day, she is still answering your phone calls and helping out the wonderful readers.

Favorite wheelchair sport: I like wheelchair basketball because it was the first sport I saw in person.

Why she loves SPORTS `N SPOKES: I like being in charge of the money – paying the bills, helping create our budget and doing the deposits. 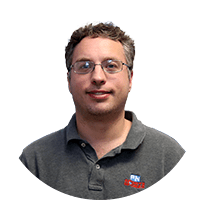 John Groth has been with SPORTS ‘N SPOKES since 2013. John spent almost a decade working in the newspaper industry as a sports reporter/editor throughout the Midwest. He has earned honors and awards throughout his career, including a 2007 Hoosier State Press Association first-place Best Sports Event coverage award.

Why he loves SPORTS `N SPOKES: I enjoy telling people’s stories and getting to know veterans on a personal level. I also like feeling like I’m helping keep our magazine readers informed of different sports, events, news and innovations that may interest them or get them involved. 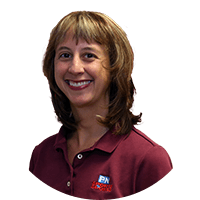 Favorite wheelchair sport: I really can’t pick just one! Downhill sit-skiing is fascinating to me since I recently started learning to ski. Trapshooting is just fun to watch, as I am also a shooter. I enjoy the action of wheelchair rugby, and I am always impressed by the determination and stamina of off-road handcyclists and wheelchair racers.

Why she loves SPORTS `N SPOKES: First and foremost, the people I have the opportunity to meet and interview. I love telling their stories. Second, I love that I’m always learning something new. The world of wheelchair sports is constantly changing and growing, and I’m excited every day that my job allows me to share it with others. 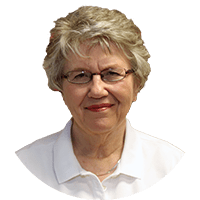 Ann Garvey is the Art & Production Director at SPORTS `N SPOKES. Ann earned her bachelor’s degree in speech therapy, but has always loved art. In 1987, a friend from SPORTS `N SPOKES asked her to fill in for her while she was on vacation, and more than 34 years later Ann is still here and loving it. She has worked all over the office as a receptionist, circulation coordinator and advertising/production assistant until she found her permanent position of Art & Production Director in 2006.

Why she loves SPORTS `N SPOKES: I feel like I’m accomplishing something meaningful and worthwhile. It’s a force for good in serving our spinal-cord injury military community, it provides resources to improve people’s lives and it’s a positive environment to work in. Kerry Randolph joined SPORTS `N SPOKES almost four years ago as the Production and Graphics. He came to SPORTS ‘N SPOKES with 20 years of experience in graphic design. Kerry is originally from New Mexico and is a Navy veteran.

Favorite wheelchair sport: Wheelchair rugby and basketball because they are aggressive sports and they are never boring.

Why he loves SPORTS `N SPOKES: Being a veteran myself, it’s rewarding to still serve and help other veterans and people in wheelchairs. It’s amazing to see what people in chairs can do. I love graphic design and I just want to create works of art in PN, our sister publication, and S’NS so people will be excited to see the next magazine. 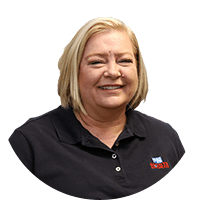 Suzi Hubbard has been with SPORTS `N SPOKES for 22 years. Suzi was born and raised in Phoenix. She landed an interview after friends who worked in the office recommended her. After a quick 30-minute interview, Cliff Crase hired her, and she’s been here ever since.

Favorite wheelchair sport: I love wheelchair basketball because it moves quickly, and the players are always maneuvering. Never a dull moment.

Why she loves SPORTS `N SPOKES: I enjoy talking to the customers on the phone as well as in person at the events, although I don’t travel as much anymore.  I also enjoy interactions with my co-workers. They are a fun bunch of people. 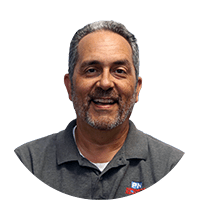 Christopher Di Virgilio is the Web Content Manager and has been with SPORTS `N SPOKES for 13 years.  The Chicago native started as an intern to help launch the original S’NS website and cover sporting events and was brought on full-time in his current role and has been loving it ever since. He has since gone onto become the official staff photographer and has earned his FAA Drone pilots license.

Favorite wheelchair sport: When you see a sport through the lens of a camera, they all become exciting. I’m lost in the passion and determination the athletes show on their faces, and their energy helps inspire better ways for me to tell their stories. As for a favorite sport … the sport I’m shooting.

Why he loves SPORTS `N SPOKES: I’ve always said that working in the web department is the best position at the magazine. I have the honor of being the voice of the publication and have the unique opportunity to meet our readers face-to-face on a personal level.